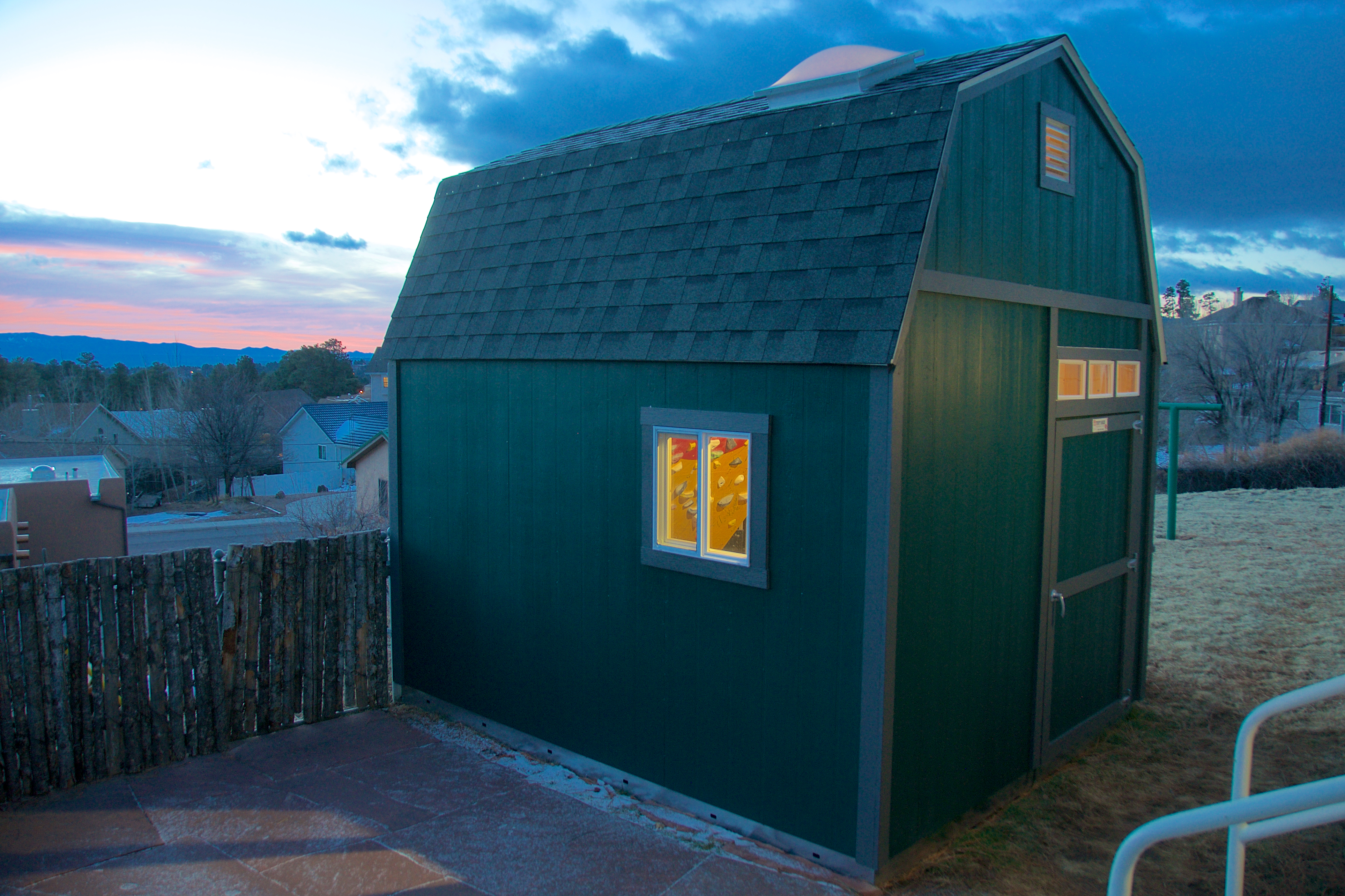 Jason Halladay and his wife, Allison are avid rock climbers. So avid, in fact, they decided to build a rock climbing studio in their own backyard. We’ve seen quite a few hobby sheds, but this one takes the cake in both size and creativity.

The Halladays wanted a space at home in New Mexico where they could climb, but hadn’t quite figured out the logistics of the project. They were familiar with Tuff Shed products but still considered building a shed of their own to house their Moon Board, a systematic rock climbing training board. While Allison and Jason were incredibly excited about the prospect of their own training studio, they also wanted to be certain they had the space and quality materials they needed.

“We had checked out our friend’s Tuff Shed buildings and our neighbors had one as well. We immediately noticed the build quality and heard how quick the installations were,” says Jason. “I also did a little research of my own and saw quite a few time-lapse videos of Tuff Shed buildings.” Not wanting to take on a DIY project of that size solo, Jason and Allison decided a Tuff Shed building was the perfect solution for their climbing needs. The Sundance Series TB-700 was the perfect size for both their Moon Board and backyard.

Jason and Allison began the design process of their building through our online 3-D configurator. “To see the building in a digital environment was amazing,” says Jason. The configurator gave them an opportunity to make a few key decisions while customizing their new barn, including adding an extra door on the rear wall, skylights, vents, and transom windows. “I was able to put together the style I was looking for and then flip it around on the configurator and customize it totally.”

The final result is a 10×12 TB-700, with every inch of space used. Even with the Moon Board taking up a majority of the interior, the rear door allows Jason and Allison to access extra storage space.

“I would absolutely recommend Tuff Shed and in fact I already have. We have a lot of friends that are interested in climbing and this shed is exactly what they’re looking for.”

For more details about the Moon Board and other climbing materials in the barn, take a look at Jason’s detailed blog: http://jasonhalladay.blogspot.com/2017/01/swole-hole-moonboard-shed.html.

Krista’s Do It All Office